‘We Are Orphans Here’ 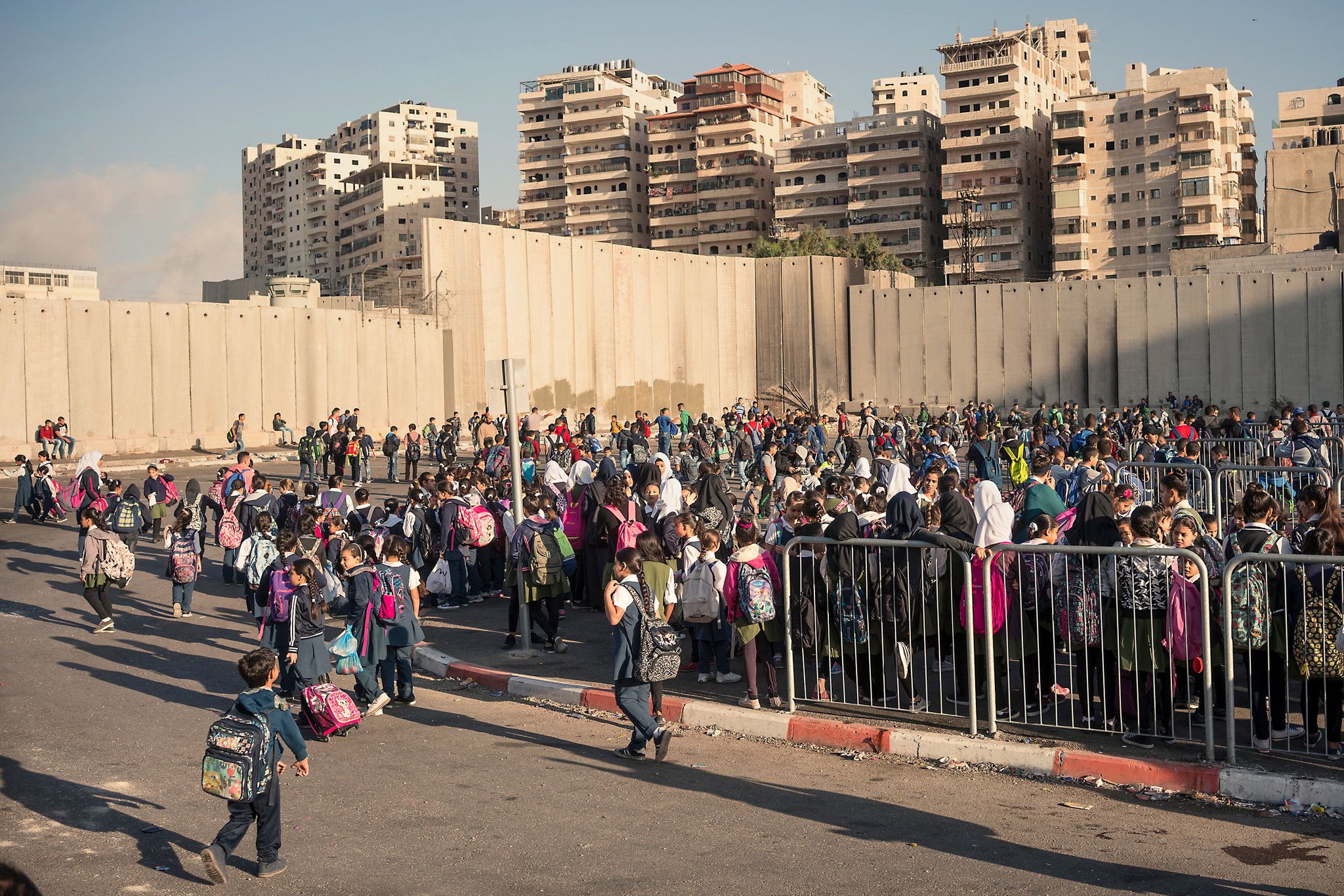 Palestinian children waiting inside the Shuafat Refugee Camp for buses to take them to school. Credit Luca Locatelli/Institute, for The New York Times

The day I left Shuafat camp was April 17. Fifteen days later, on May 2, Baha Nababta was murdered in the camp. An unknown person approached on a motorcycle as Baha worked with roughly a hundred fellow camp residents to pave a road. In front of this very large crowd of people, working together, the person on the motorcycle shot at Baha 10 times and fled. Seven bullets hit him.

It is now December. Baha’s wife, Hiba, has given birth to their son. His father is gone. His mother is widowed.