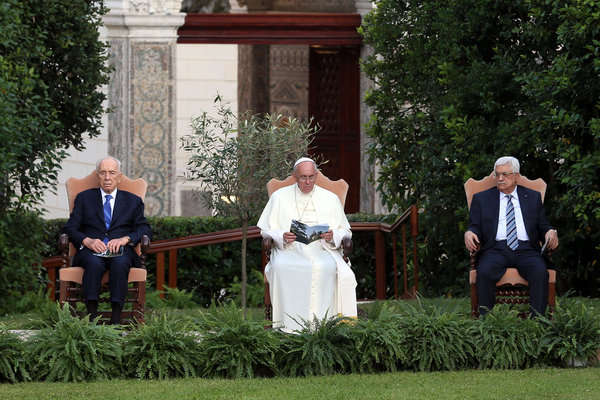 JERUSALEM — The Vatican announced Wednesday that it would soon sign a treaty that includes recognition of the “state of Palestine,” lending significant symbolic weight to an intensifying Palestinian push for international support for sovereignty that bypasses the paralyzed negotiations with Israel.

Palestinian leaders celebrated the Holy See’s endorsement as particularly important, given the international stature of Pope Francis. For Israelis, it was an emotional blow, since Francis has deep relationships with Jews dating back decades, and Christians are critical backers of their enterprise.

“The Vatican is not just a state. The Vatican represents hundreds of millions of Christians worldwide, including Palestinians, and has vast moral significance,” said Husam Zomlot, a senior Palestinian foreign-affairs official.

Israel’s Foreign Ministry said it was “disappointed” by the Vatican’s decision, and that the recognition would “not advance the peace process.” That echoed similar statements after a wave of European Parliamentary resolutions on Palestinian statehood last fall, but some Israeli analysts said the Vatican’s step hurt more.