Death sentence through the back door 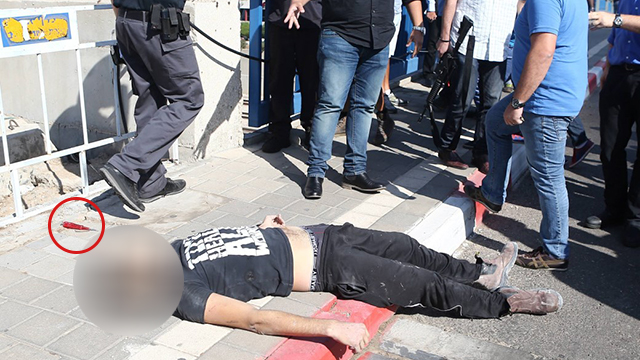 Quietly and, as usual, without any real discussions and out of the instincts of a hot-blooded mind, Israel began applying the death sentence in recent weeks.

It's not just the statements made by politicians who only know how to talk, or by senior police officers who have declared that every stabbing attempt must end with the terrorist's death. It’s mostly the acts.

The videos - which were once considered snuff films and are today essential to every terror attack - leave no room for doubt: Time and again, terrorists who tried to stab Israelis were executed after a quick drumhead court-martial. In some cases, they were fatally shot although one could have gained control of them in a different way, for example by firing at their legs in an attempt to incapacitate them.